The month of May will continue with Sunday School at 9:30am and Worship at 10:30am. On June 5th, we’ll move to summer hours with Worship at 9:30am. Sunday School and the Anam Cara Contemplative Circle events will break over the summer.

Don Crist came out of retirement in 2018 to be the pastor of St. Johns. He brings a wide range of experience, having pastored among Quakers and Methodists as well as the UCC. He loves to preach as well as vision how we can all become God’s Beloved Community together.

Laura grew up in Troy and graduated from Troy High School. She has two grown children, one grandchild, and one grandpuppy. She began as Office Manager for St. John’s in January of 2022.

Rob is “retired” but manages to not only keep St John’s outdoor area looking good, but often gets up at 5 a.m. to tend to several other lawns. He’s also our resident jokester and has been known to leave a “mouse” for some unsuspecting victim to find.

Erika works as a payroll clerk at David Murray and Co. Accountants and hopes someday to study psychology. She grew up attending St. John’s and attended the preschool.

Ginny, wife of Mike, mother of three, and grandmother of seven, started playing the organ at St. John’s in 1980. She is happy to put to good use all those music lessons from her younger days. 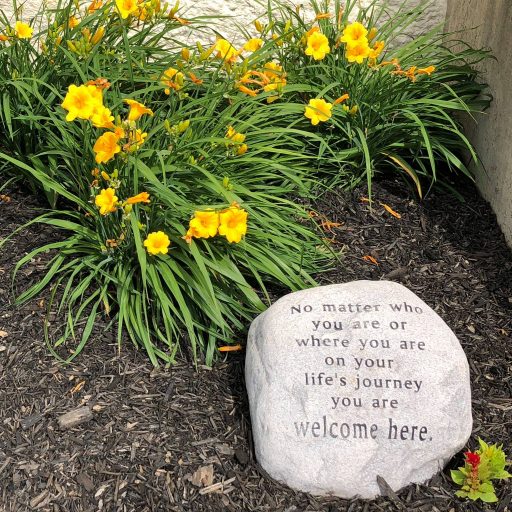 May 8:  On Eagles’ Wings: Celebrate the Day and Live On

May 15:  Gather Up the Duct Tape: Creating New Possibilities

May 29:  Memorial Day, A Day to Honor Life: Remember the Past, Honor the Present, Look to the

Newsletter and One Call